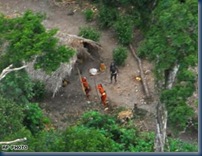 No that's not a Diablo 2 screenshot.  Apparently a plane did a couple of flyovers to take pictures of this tribe of people in the Amazon that have not had contact with the outside world.  Some anthropologists believe there may be up to 100 tribes worldwide that remain 'uncontacted.'  Neato.

Email ThisBlogThis!Share to TwitterShare to FacebookShare to Pinterest
Labels: news

I put up a post up at The Noob Teacher about teaching history.  I'd be interested in the perspective some of you have on it.  So hop over, read the post, and leave a comment.  Pretty please?

Email ThisBlogThis!Share to TwitterShare to FacebookShare to Pinterest
Labels: history

Yes it's three weeks later.  No I don't care.  This is a continuation of the previous post by the same name, so read that first if you want the full context.  In that post I mentioned the fact that as I study history I realize there are so many people who seemed so significant but at best they end up being a paragraph in a history book that students don't care to read.  So many of us want to be significant and live meaningful lives.  But how do we do that?

I'm not sure exactly what the secret is but I know what it is not.  The secret is not worrying about what other people think and striving for significance in the eyes of others.  I am a huge sports fan and I love both baseball and football.  I pay attention to the sports more than 95% of the population.  But I'd have a hard time telling you who won the Super Bowl four years ago.  (It was probably the stupid Patriots.)  In the moment those guys winning the Super Bowl was the biggest thing - it was all over the news, they went to Disneyland and on talk shows - and then, nothing.  Nobody cares anymore and a new season begins.  When the king dies and five, ten, twenty years go by he is nothing but a memory.  A hundred years go by and he's a paragraph in a textbook.

I don't want that to happen to me!

Looking death in the face can be a terrifying thing.  I'm on this planet for a short time and then I'm gone.  What will be left of me?  I know this sounds lame, but all that will really be left of me are the memories the people I love and that loved me have.  The only things that will really last forever that I did on this earth will have to do with the people I spent time with and the relationships I developed.  Time I spend pursuing goals outside of people will be essentially wasted time.

So I don't want to be a paragraph.  I want to be a husband, father, friend, disciple of Jesus, teacher, mentor, coach, etc.  I want to fight against the constant desire to be admired or looked up to or whatever else it is I want by other other.  As long as that is the goal of my life I'm going to be disappointed.  This isn't anything terribly profound but it is something that's hit home to me more lately.  Having a daughter and thinking about her future, thinking about the fact that the day will come when I'm not there, makes me consider how much more precious life is.

As my favorite radio show hosts have said, "you never walk away from a dinner saying to yourself 'man I wish I had some more of that pie!'"  Well I'm fairly confident I will not reach the end of my life saying "I wish I'd had that better gaming rig" or "I wish I'd had that award" or whatever else.  All my regrets are probably going to have something to do with people.  So I'd better do what I can to focus on people and avoid the fate of becoming a paragraph.

You know, this whole two-post thing was a lot more eloquent in my head at 5am when I first came up with it three weeks ago.

The Noob Teacher is a new blog I'm doing to try to focus my writing a little more.  Of course you will probably laugh, considering my total inability to regularly post here, but this other blog will be a place for me to put down things that will hopefully be helpful to me and other teachers and/or anybody interested in my adventures as a new teacher (or this summer, as someone looking for a teaching job).

Email ThisBlogThis!Share to TwitterShare to FacebookShare to Pinterest
Labels: check it out, education, web stuff

Good morning. In less than an hour, aircraft from here will join others from around the world. And you will be launching the largest aerial battle in the history of mankind. “Mankind.” That word should have new meaning for all of us today. We can’t be consumed by our petty differences anymore. We will be united in our common interests. Perhaps it’s fate that today is the Fourth of July, and you will once again be fighting for our freedom… Not from tyranny, oppression, or persecution… but from annihilation. We are fighting for our right to live. To exist. And should we win the day, the Fourth of July will no longer be known as an American holiday, but as the day the world declared in one voice: “We will not go quietly into the night!” We will not vanish without a fight! We’re going to live on! We’re going to survive! Today we celebrate our Independence Day!
[crowd cheers]

This has nothing to do with anything, but I wanted to share it with you because:

2) I don't have the mental energy to post anything original.

Anyway, as I was saying before I so rudely interrupted myself, this morning while studying for the CSET I was once again struck by a thought that has occurred to me a number of times.  As I read through the history of American Imperialism in the late 1800's and early 1900's, the struggle for Mexican independence, Russia's slow climb (descent?) into Bolshevism, China and Japan's eventual acceptance of foreign influence, and so on, I came across lots and

Each of these people was incredibly important in their time.  Some accomplished much good, others much bad, most a bit of both.  People knew who they were, they had power, they had influence, they had the kinds of things that supposedly make one's life worth living.  I was struck by the finality of the words in this textbook as I read.  These peoples' lives and accomplishments were boiled down into a sentence or two, or if they were particularly important they got a paragraph or a sidebar with a few paragraphs and some bullet points.  They're gone, and I suppose the world is different for their having been here, but to most people they're simply a paragraph on a page.  No matter what you accomplish - whether it's opening your nation to Western influence and beginning the process of modernization (like Emperor Mutsuhito) or being a soldier in a war where millions died over Nationa 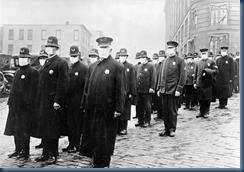 listic sentiments or being one of the 20 million who succumbed to the Influenza Epidemic in the early 20th century - that's it for your life.  You're done, and at best you're a paragraph in a history book that very few people find interesting and fewer care about.

I don't usually read posts longer than this if I didn't write them or if they're really interesting, so I'm going to stop here and complete this thought in a separate entry, to be posted soon.