This is an ad for the Xbox 360 that apparently never ended up being aired. I find it quite amusing, and hope you will too.

I'm leaving for Chicago tomorrow morning (or rather, today morning) and am really looking forward to the trip. It's supposed to be really cold there. Last time I was in Chicago it was March of this year, and it was (not exaggerating) like 6 degrees outside. It's supposed to be 20's-30's this time, so I suppose that's an improvement. Either way, beef sandwiches and panzarottis will be enjoyed by me.
Posted by Jackson at 00:45 No comments:

the end of thanksgiving

Last Wednesday we headed out to Las Vegas to visit my Mom and have Thanksgiving there. It was a good time, I ended up winning $140 at the craps tables, and Janelle won $65. When it comes to potentially blowing and wasting your money, you can't have much more fun than playing craps. I will never understand the appeal of slot machines.

All told on the trip I drove over 1200 miles. That's a lot of driving. I hope we can find some affordable plane tickets next year or something.

This Wednesday morning Janelle and I are flying out to Chicago and we'll be there till Monday. After this, my traveling for the holiday season should be over. I feel like it's been (and will be) forever since I've been neck-deep in the youth group. I'm excited to come back at it with renewed energy when I get back from Chi-town with a belly full of Italian Beef sengwiches. Ahh yeeah.
Posted by Jackson at 12:42 No comments:

one more to go 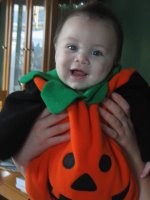 One paper left - and it's outlined already. I'm feelin' good, I should be able to enjoy the trip we're taking to Vegas this week and not have this schoolwork hanging over my head. And I should be able to delve back into other important things since this week of projects is just about over. Tomorrow I don't have to drive up to Mill Valley so I can type out the final essay. Schweet.

Also, look at how cute my nephew is.
Posted by Jackson at 22:20 No comments:

bush as a liar

There has been a lot of talk lately, and Bush has been firing back and forth with critics, about his being a liar. People love to call G-Dubb a liar and say he tricked everyone into fighting this war in Iraq. This is amazing to me.

A few years ago everybody agreed that Saddam had WMD's in the political and the intelligence communities. Everybody, Democrat and Republican, back to Bill Clinton, acknowledged Saddam as a threat at believed he had WMDs. So now that we've invaded and no WMD caches have been found, Bush is branded a liar and a cheat. If Bush is a liar, then the Democrats chastising him and whoever else is condemning him now but previously agreed is a liar. They were all saying the same thing a few years ago.

Unfortunately I believe Bush is so unpopular that this re-writing of history will not be turned around. Too many people are convinced he's a liar and will never see past their ideological hatred of him to the truth. But they will continue to rage against the machine in their blogs and on their radio shows and in their chats with other friends. And probably in the voting booth. The sad truth is, it doesn't matter if something is real or not - if people believe it to be real it is very real in its consequences. So Bush will pay the price for the mistake everybody made, and all the while people will be chanting "Death to Bush-Hitler" while they buy into more groupthink. Never before have I seen the whole "if you say something enough you start to believe it's true" work so completely.
Posted by Jackson at 08:38 No comments:

I just finally finished my first essay and typed out the biographical sermon on Francis of Assisi. I had to learn a whole new kind of references and footnoting, the Turabian style. I sincerely hope that I got it right...I was just going off what I could find online as to how to use it.

Francis was a cool guy. Since it's past 2am and I just spent the last several hours writing about Francis, I'll leave it at that.
Posted by Jackson at 02:05 No comments:

I am amazed at the outcome of this election. Prop 77, supported strongly by both conservatives and liberals, was defeated. People were convinced by those two laughable commercials. The founding fathers only let landowners vote. We should find a way to make it so only people who are paying attention to the facts can vote. The ignorant masses should not be allowed in the polls.

We should also pass a Prop that makes it illegal for people to lie in campaign commercials, because this election season was a joke.
Posted by Jackson at 06:24 No comments:

This morning I headed over to Thornton Jr. High to cast my votes (see below for what my votes were). The polling place was in the library, and there was no line. I was the only voter present. I went in, told the lady my name and all that, and got my voting card from a teenager who was probably regretting doing this to get out of class. I walked over to a machine and put my card in, cast and double-checked my votes, then went to the table to get my "I Voted" sticker. As I was getting my sticker I saw something out of the corner of my eye and I looked up.

There were 30-40 12 year-olds staring at me from across the library, with their teacher in their midst. I was visibly taken aback because I hadn't noticed them staring at me like some sort of specimen in a zoo enclosure. They could tell I was surprised because there was a little giggling, and the girl giving me the sticker said "yeah, you have an audience." I heard the teacher say "and that's how it's done." I said thanks and headed for the door, and then the class applauded me as I exited. It started slow but then built up and they were all clapping and cheering me. I didn't know what to do so I said "thanks" and waved and continued my hasty retreat.

It was cool, I guess. Apparently I am awesome at voting.
Posted by Jackson at 13:56 No comments:

On Tuesday, California will be holding a special election. The following Propositions will be voted on. (see Link for more details)

Prop 73 Voting Yes. Parents should be notified if their children are going to have an abortion, and should be involved. There is an allowance for kids to talk to a judge if they think their parents will beat them, etc. The very idea that a child could get an abortion without parental notification, but the fact that they can't take a field trip without it is ridiculous.

Prop 75 Voting Yes. Unions should have to obtain written consent for employees to use their money for political gains. I should not have to contribute to a union that is using my money to political ends I disagree with. If I do agree with the union, then I will have no problem signing a piece of paper and turning it in. The radio commercials in opposition to Prop 75 are laughable, by the way. This will not silence any union, especially any union representing its constituents.

Prop 76 Voting Yes. Since the legislators can't control themselves, they need someone to come in and do something about it. The solution to the education issue is not to throw more money into the bloated bureaucracy but to force them to spend the money wisely. I see Prop 76 as a step in this direction. The current methods are not working. Not even close.

Prop 77 Voting Yes. When just about every newspaper is in support of a Prop you know it has merit. The TV commercial against this Prop, where the evil hand grabs the map of California and crumples it up, is so hilarious. They are hoping to strike fear into Californians. The gerrymandering so prevalent in California needs to be changed. Of all the props, I hope this one passes the most.

Props 78 and 79 Voting No on both. These two are in opposition to one another. 78 looks like it's backed by the big drug companies, and 79 looks like it will create even more bureaucracy. I don't trust either, and will, as I usually do with Propositions, vote No.

Prop 80 Voting No. It seems pretty complex, and it is messing with the energy industry. When in doubt with Props, my rule is to vote no. I would rather not vote something into existence that I am unsure of. Something like this seems like it would be better suited to some sort of legislative branch action, not something put up to the voters who don't even know what they're voting on. This is my view with most Propositions and why I'm not the hugest fan of direct democracy.

So those are my votes, FYI. I hope you'll go out and vote, whatever it is you vote. And I hope you take a little time to educate yourself on the issues. Apathy is too easy, and a copout of your civic responsibility.
Posted by Jackson at 18:18 No comments: