Really, I do. I've been awfully busy lately. I'm about to start getting ready to head to school but I haven't done half the reading for the past week. Normally in my college career this wouldn't be a big deal, as that was usually the case while I got my History degree. But since I've been at GGBTS I've been reading all my stuff. And in my first class we have weekly quizzes on the stuff. So here's hoping I'm able to make it fine anyway today. I hope to post something interesting and meaningful soon. But not now.
Posted by Jackson at 07:03 No comments:

so i was wrong

I was wrong. The Evil Team won the game. But if you watched that game, was it not clear that the Seahawks were jobbed by the refs? I mean, call after call went against them when it shouldn't have. Big Ben's "TD run" that shouldn't have been, the push-off that wasn't really, the phantom holding call, the "oh the Steelers called a timeout before the play clock hit zero even though everybody saw it hit zero first." All of these were important calls that had a pretty big impact on the outcome of the game. So if you ask me the Seahawks got ripped off. They didn't help themselves much with some poor clock management and spotty playcalling, but I think if the Refs had gotten the calls right, the outcome of the game would have been different.
Posted by Jackson at 20:11 No comments:

So finally after two weeks of hype, the Super Bowl is here. As a big football fan, I've been looking forward to the Bowl with some hesitation. Since my team isn't in it, my heart isn't all aflutter about it. I didn't start with a particular rooting interest. I'm also hoping this game turns out better than your typical Super Bowl, which is only slightly more entertaining than watching paint dry. Unless of course your team is in it and they're wiping the floor with the opposition, like the 49ers' last Super Bowl against the Chargers. Even though that game must've been boring for a lot of people, for me it was 3 hours of glory. A coronation, if you will. Unfortunately I think it'll be a little while before we can expect that again from the beloved 49ers.

In the two weeks since the championship games, though, I've developed a rooting interest in one of the teams. I hereby consider the Pittsburgh Steelers the badguys, and the Seattle Seahawks the goodguys. Let us consider a few reasons Pittsburgh can be considered the evil team.

Then we consider the Seahawks, who have been totally walked on by everybody this past two weeks. Nobody is giving them much of a chance against the Steelers. Sure, most of the picks you see have the Steelers winning by one or three points to throw the Hawks a bone, but it's a rare talking head that picks the Seahawks to win. Granted, Pittsburgh trounced the 1-2-3 seeds in the AFC, on the road. That's no small feat. But the Seahawks dominated the NFC from wire to wire, and they have good players too. They've performed when they've needed to and earned their way to the Superbowl, even if they did get to play the 49ers twice. They have a quality offense and a stouter defense than most give them credit for. I hereby declare them the "good" team. Here are my reasons.

So I'm picking Seattle to win, and I'm rooting for Seattle to win. I'm guessing a 28-24 Seattle win. Matt Hasselbeck or Shaun Alexander will win MVP with a performance where Seattle proves they were better than people thought. But all the talking heads will say "we knew Seattle was good, and give them credit for winning" while at the same time they will apologize left and right for the Steelers and how they played dinged up and just ran out of gas after that incredible run at the end of the regular season and into the postseason. Then Sports Illustrated will sell "Team of Destiny" packs with videos and a special commemorative edition of the magazine in tribute to the 2005 Seahawks, which nobody will buy because nobody cares about West Coast sports.
Posted by Jackson at 09:10 No comments: 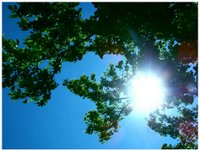 Tonight I attended the memorial service for Curtis Olinger, who committed suicide last week. I've never known somebody who died like this. When I first found out a week ago, it was an odd feeling. It's still weird to think about it in some ways. The thought that somebody you know and care about could undergo the kind of emotions that can lead to a decision like that - it's not something you like to consider.

I wasn't particularly close to Curtis, but I had the pleasure of being his cabin leader during Snow Camp last year, and talking to him when I subbed at Washington from time to time. He was an awesome kid, and had a lot more depth to him than many. I remember his eyes - they had a peculiar quality to them. I always felt there was a lot going on behind them, and I wanted in. He had an incredible sense of humor, and a way of making people laugh that I can only envy. Curtis was tremendously gifted with intelligence, creativity, a good heart, and any other number of things I know nothing about. By all accounts he was a stellar young man, and I am glad for the short time I had to know him. God only knows what he could have done with his life, had this not happened.

I can and do take solace in the fact that recently Curtis decided to trust God with his eternity and Christ's sacrifice on the cross for his forgiveness. At the service, they showed a video of Curtis being baptized. Apparently he made the decision to follow Christ late one night at summer camp, and wanted to publicly declare it immediately. So after 11 that night everyone gathered around the pool and they baptized him. The video was very short - but they showed it a few times. There Curtis was, going under the water and coming back up. This smile crept over his face - it almost looked like a private smile, right there in front of everybody. Again, I wasn't close to him, but it looked to me like he had genuine hope, and joy. Now I know that smile he had, the joy that it displayed - now that joy has completely overwhelmed him. The pains and tortures he felt here on earth are now gone.

We can spend time trying to think about how Curtis was feeling when he took his life - but thank God that we don't have to. There is definitely something missing in those who knew and loved him. But I prefer to remember the smile Curtis had. The way he could make you so uncomfortable but laugh so incredibly hard at the same moment. The way he, whether he knew it or not, blessed those around him with his personality in a very unique way. I can honestly say I've never known anyone like Curtis.

I also choose to remember that the joy he knew in part here on earth, he now knows in full. The God of Love he put his faith in here on earth - that God is now known to Curtis in a way we here on this side can only dream about. All the pain and brokenness and loneliness he felt is now replaced with restoration and wholeness and a joy beyond description. Curtis, buddy, we'll miss you. You beat us there. But we'll see you again. And I hope you've perfected your shimmy by then, because we could all use a good laugh on your account.
Posted by Jackson at 22:14 No comments:

state of the union

In case you're completely out of touch with current events, yesterday George Bush gave the State of the Union (SOTU for those who love acronyms) address. I read the speech but didn't watch it. I have spent some time watching and reading fallout from the speech, however, and I have an observation or two.

First, there are a large number of people who will never be happy with what the President does, no matter what he does or what he says. I kept up with a forum where people were commenting on the speech as it went. It was full of comments about how ridiculous what he was saying was, how he sounded stupid, how they thought he delivered that line arrogantly or that other line too wooden. Comments about "AmeriKKKa" and whatnot were rampant. Around the web, wherever you have people talking about the speech, you have people making inane insulting comments toward the President. Seriously, people.

I am not a Bush apologist. I was less "aware" when Clinton was President, but I still thought he got the short end of the stick a fair amount too. Politics seems to bring out the worst in people. Everyone thinks they know better, or they want to "fight the man" and they do so by repeating the talking points of whatever radical organization they last found on the internet. Criticism of the President is fully legitimate, but at least base it in reality people. Or complain about reasonable things.

I've also noticed a lot of people getting worked up about the fact that Cindy Sheehan was removed from the building because she had an anti-war t-shirt on. They talk about how it's proof that the USA has become some sort of Neocon (the new favorite word to describe those nefarious conservatives) Police State, where free speech is no longer allowed. Nevermind the fact that demonstration isn't allowed in the capitol buliding, and that a Republican had his wife removed because she was wearing a pro-war shirt. People just want to criticize the President and they hate his guts, no matter what.

If there's any lesson here, besides an object lesson in the ridiculous nature of politics, it's a lesson on the importance of your perceived integrity and image. If people don't like you, then it won't matter what you say or what you do - they simply will not like you. But if you establish yourself as a likeable, trustworthy person, then you will be given more latitude. Granted, some people will never like you - but it is important if you are an influential person to recognize the importance of not making unnecessary enemies, and to remember that your character cannot be separated from your message. If people think you lack character they will never listen to you and never follow you. If they think you do have character, they will listen to and respect you even if they don't agree with you.

Everyone worth their salt will do the above, at least. There are plenty of people who simply want to rage against the machine and be cool, plenty of "college radicals" who think it's so cutting edge to hate this or that. Plenty of people who won't think things through and simply accept what they're told. Man people like that are annoying when they're so vitriolic and vocal in their hatred. If you're going to disagree with someone or something, fine. But have some integrity about it.
Posted by Jackson at 15:24 No comments: